With club head women's coach Sadie Herbert in Australia Judging at the 2018 Commonwealth Games her gymnast Hannah Coutts (12) won the silver medal at the National 1 South East Final held at The Guildford Spectrum and qualified for the National Final. At the Regional National 2 Final Isabelle Whiteway won the Gold Medal and in the Compulsory 5 competition the Gold Medal was won by Riley Schmidt (podium photo). Isabella and Riley are 8 years old .

These young gymnasts who are coached by Alicia Meyhew and Katherine Would training 4 days each week while Hannah trains on 5 days. 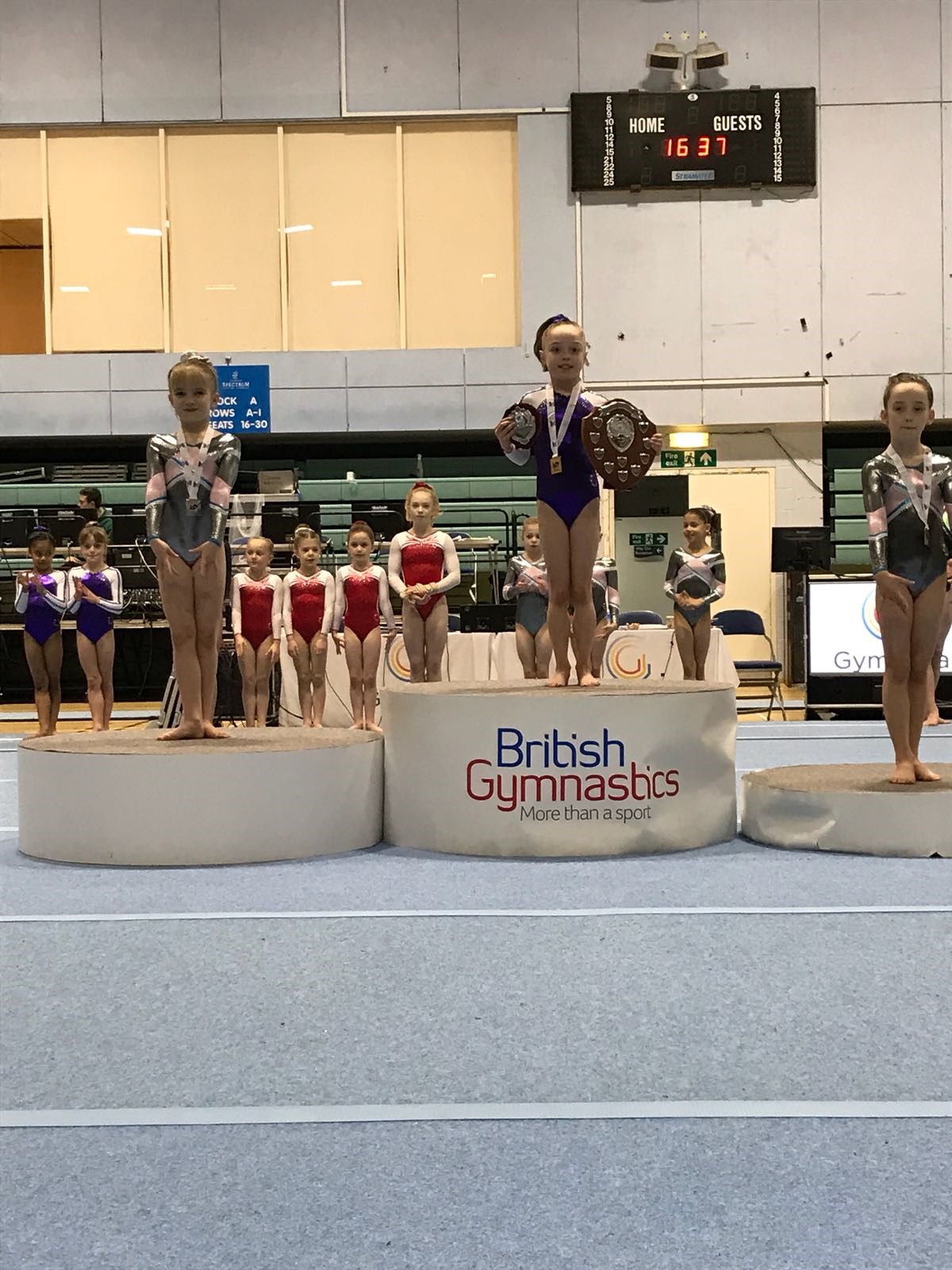