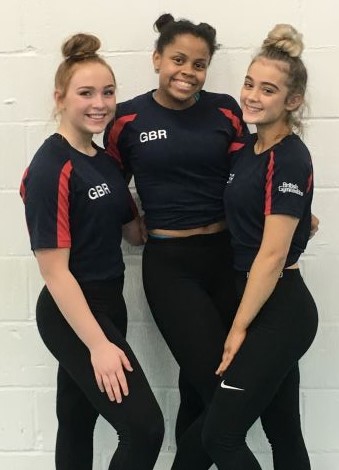 Coached by Head Coach Charlotte Heelas and Kim Skelton Emily Odunsi ,Rianna Hodgson and Catlin Curlewis will now be part of a select group of outstanding gymnasts who ,as members of the GB Squad, will look to represent Great Britain in the next European Championships.

All here gymnasts represented GB at the last European Championships and were members of the club team who won the 2018 British Title.